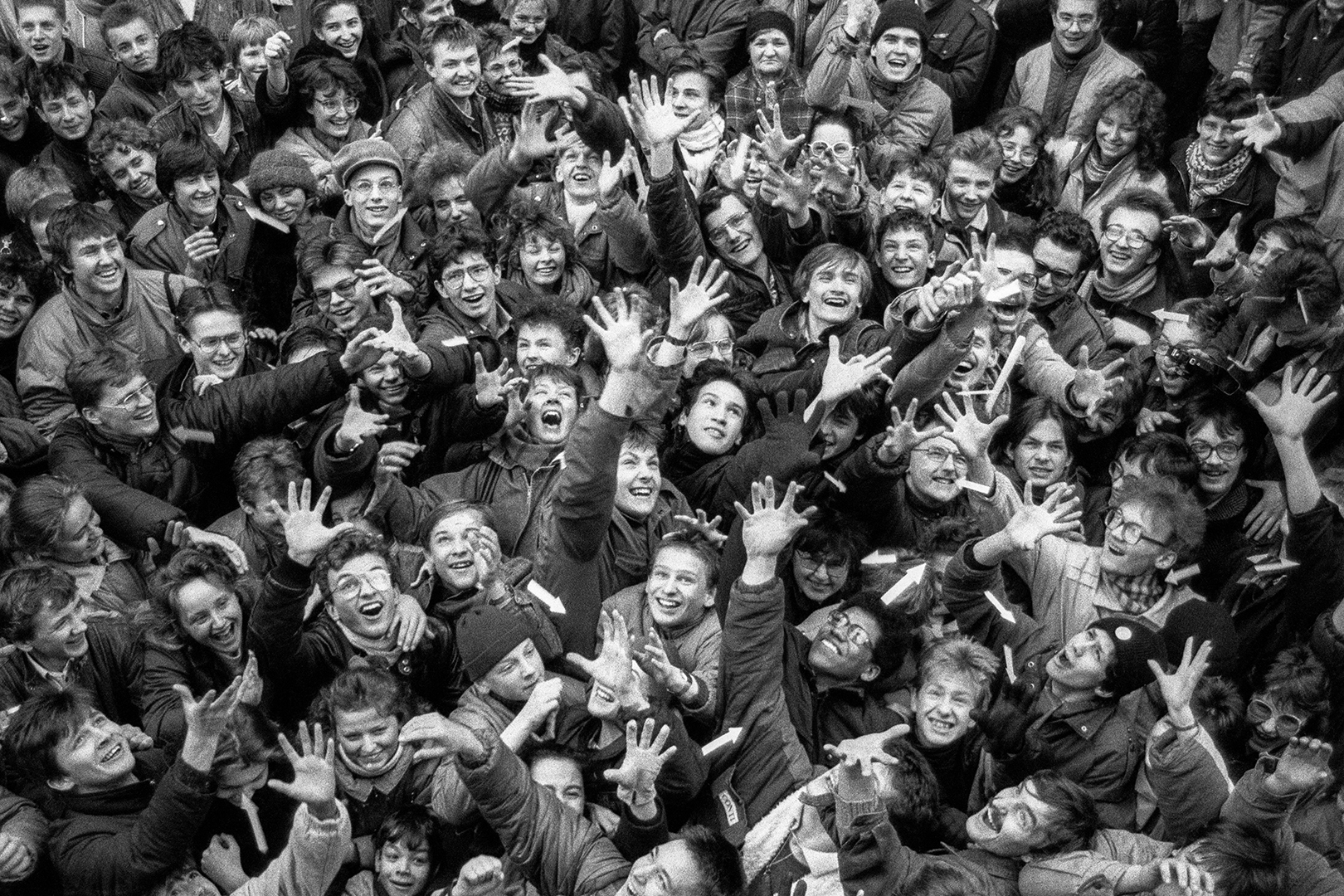 Pollock can do it! – the Orange Alternative happening. Warsaw, the Wiech Passage, 24 February 1989. Photo by Krzysztof Miller (Agencja Gazeta)

The exhibition is composed of approximately a hundred photographs taken by the distinguished photographer who in 1989 started his cooperation with Gazeta Wyborcza. In over twenty years of his career he captured the most important armed conflicts as well as other significant events in Afghanistan, Chechnya, African states, Georgia, and Bosnia.

In the History Meeting House, however, we are presenting his early photos. It is the first exhibition fully and exclusively presenting the events of 1989, from January and the first Polish Round Table Talks, through June and free elections in Poland, to the transformation in other countries of the Eastern Bloc, Czechoslovakia, Romania, and Hungary. We will see the photographs taken by Miller for Gazeta Wyborcza from May as well as the ones published underground. The exhibition is complemented by approximately two hundred slideshow photographs and films. Photographers and artists, friends and acquaintances...they all reminisce Miller and the events of 1989 in interviews. These include Chris Niedenthal, Anna Bohdziewicz, Czarek Sokołowski, Maja Komorowska, Kazik Staszewski, Paweł Smoleński, Krzysztof Skiba et al.

The year 1989 was a turning point for both Poland and our region as well as for Krzysztof Miller. An amateur photographer, covering NZS (Independent Students‘ Union) demonstrations, became a professional photojournalist working for one of the most important newspapers in independent Poland, as Katarzyna Puchalska and Waldemar Gorlewski, the curators of the exhibition, emphasize.

There are everyday-life photographs, but also protests, strikes, manifestoes, and artistic happenings, characteristic of that period. We will see the inhabitants of Warsaw, the regulars of Jarocin Festival, and the members of the Orange Alternative. One can see emotions not only on the faces of protesting people but also on demonstration banners, with some of the slogans still relevant today, despite the passage of time.

Miller frequented Eastern European countries too. He visited Czech Prague where during the Velvet Revolution Alexander Dubček became the hero in 1968 and Václav Havel was anointed national leader. Miller reported on the independence anniversary in Hungary. He took photographs in Bucharest when there were bloodshed and acts of violence in the streets.

The presented photographs tell stories of breakthrough events which Krzysztof Miller captured. Not only do hey provide the picture of the reality of that time, but they also show a portrait of an amateur photographer whose talent fully evolved within one year of intensive work and who became a professional as a result. 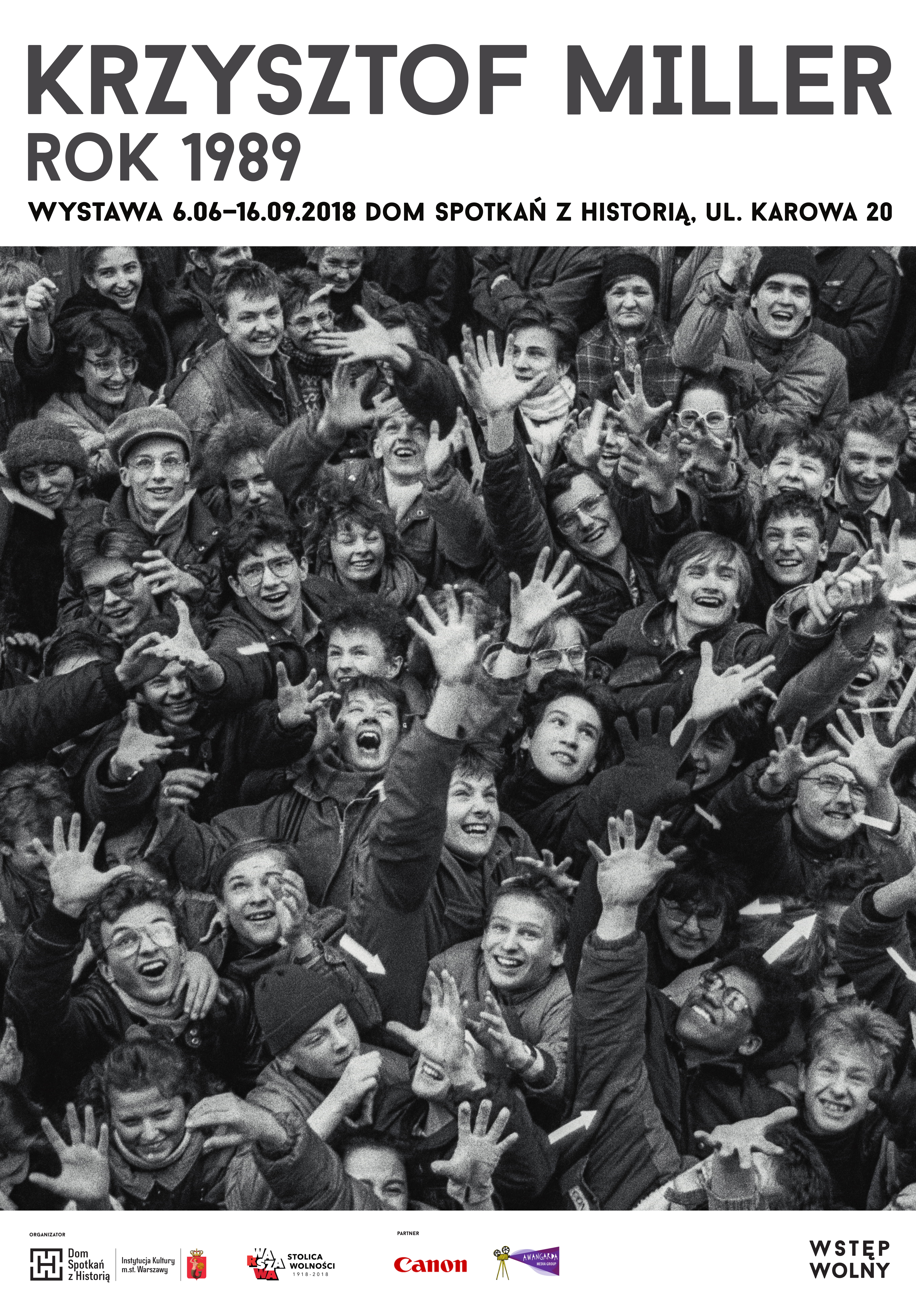 The exhibition is accompanied by a campaign: We have chosen freedom 4.6.1989 which recalls the events of the first partially free elections in Poland. As part of the campaign, this year we put together a happening and an anniversary mural inspired by Krzysztof Miller’s photographs. On June 4th (Monday) we are pleased to invite you to Patelnia near Centrum metro station, and then at 8:30p.m. to Parade Square to take part in Chaos pełen idei, a concert by Wojtek Mazolewski and his guests.

The exhibition Krzysztof Miller. 1989 is shown in the History Meeting House till 16 September 2018.