The Moon landing in the summer of 1969 has been called 'one giant leap for mankind', 'a stage of evolution' and 'the end of the space race'. Today marks the 50th anniversary of the day when Neil Armstrong first set foot on the Silver Globe. From 20 July, an exhibition Reaching the Moon mounted by the History Meeting House will be on display, presenting a visual journey from Earth to the Moon. The photographs from the NASA archives show the entire process that concluded in the exploration of the Moon, as well as the very exploration. The exhibition has been organized in partnership with the US Embassy in Warsaw. 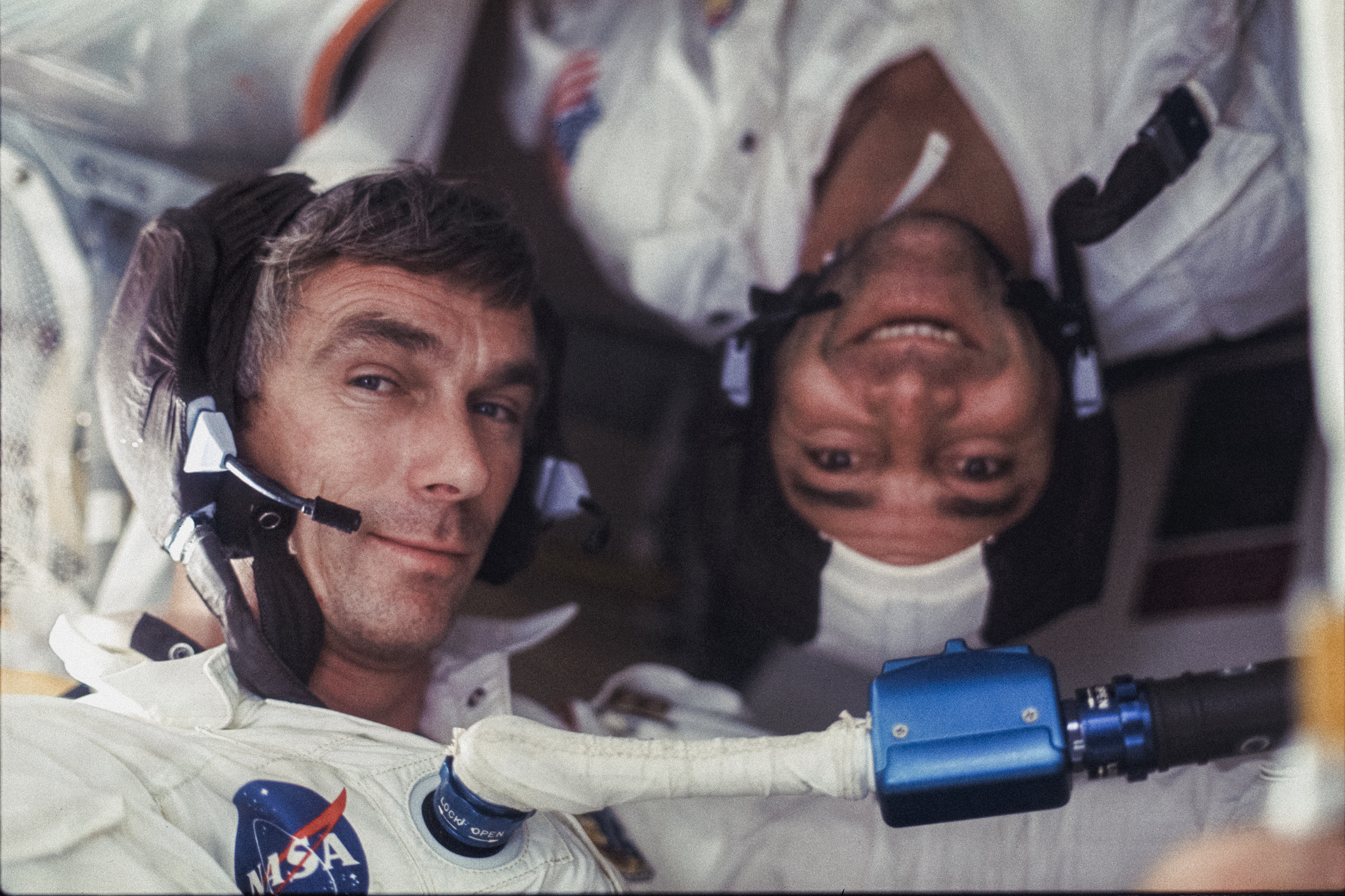 Apollo 11 travelled for four days, covering almost 400,000 kilometers before the lunar lander Eagle, carrying Neil Armstrong and Edwin 'Buzz' Aldrin, landed at the Sea of Tranquility on July 20, 1969.There is a belief that Armstrong and Aldrin took just a few photos, while, in fact, over a thousand photographs were taken during the Apollo 11 mission. Several of them instantly turned into icons and penetrated pop culture and our daily lives.

The curator of the exhibition Joanna Kinowska selected approx. 100 photographs from the Moon (from the American space programs Mercury, Gemini and Apollo), portraits of astronauts and photographs documenting the stages of preparation for the space missions. The photographs are accompanied by quotations from astronauts’ statements given during missions and after their completion (including the most famous ones about the one small step, or the commonly used, "Houston, we have a problem"), and a soundtrack produced by Jarek Grzesica (Warsaw Electronic Festival).

Joanna Kinowska, the exhibition curator: “For people born after 1969, ‘the man on the Moon’ is just an accepted historical fact, perhaps lofty, or one of the most important ones. For everyone who remembers these times, that event was unparalleled in history. Disbelief and enthusiasm overlapped; the struggles of Armstrong and Aldrin were watched live. It was the middle of the night in Poland. It is estimated that 600 million people watched the transmission from the Moon! No other event, earlier or later, attracted such an audience at one time, and united mankind".

Space exploration was commenced by the Soviet Union with the launch of the first artificial Earth satellite, Sputnik 1 in October 1957. This event marked the beginning of the space race between the two superpowers engaged in the Cold War, arms race and a race for power. In the first stage of the race, USSR was the leader: it was the first to send a dog, and a man into space, it broke the flight duration records, and it achieved the first spacewalk. The United States stayed behind. In 1961 President John. F. Kennedy formulated a challenge: America should have a man on the Moon before the end of the decade, and allow him to return to Earth. JFK’s dream was fulfilled, with thousands of people in NASA contributing to the success. The race was won on July 20, 1969. The 1975 joint APOLLO-SOYUZ mission marked the factual culmination of the Cold War in space.

The last men returned from the Moon to Earth in December 1972. The expeditions to the Moon turned out to be too costly and dangerous. The mankind – as other countries soon joined America and Russia in their efforts – cooperates in the Earth orbit, at the International Space Station. Remotely controlled spacecrafts and space probes fly to the outer space.

A photo album will accompany the exhibition.