Could anyone have imagined what war would be like for Warsaw and its inhabitants? How much would it change the city? Could anyone have prepared for it? The History Meeting House invites you to an exhibition commemorating the 80th anniversary of the outbreak of World War II. The exhibition shows one year in the life of the capital. The year when suddenly everything changed, and the Second Polish Republic was to never return again. 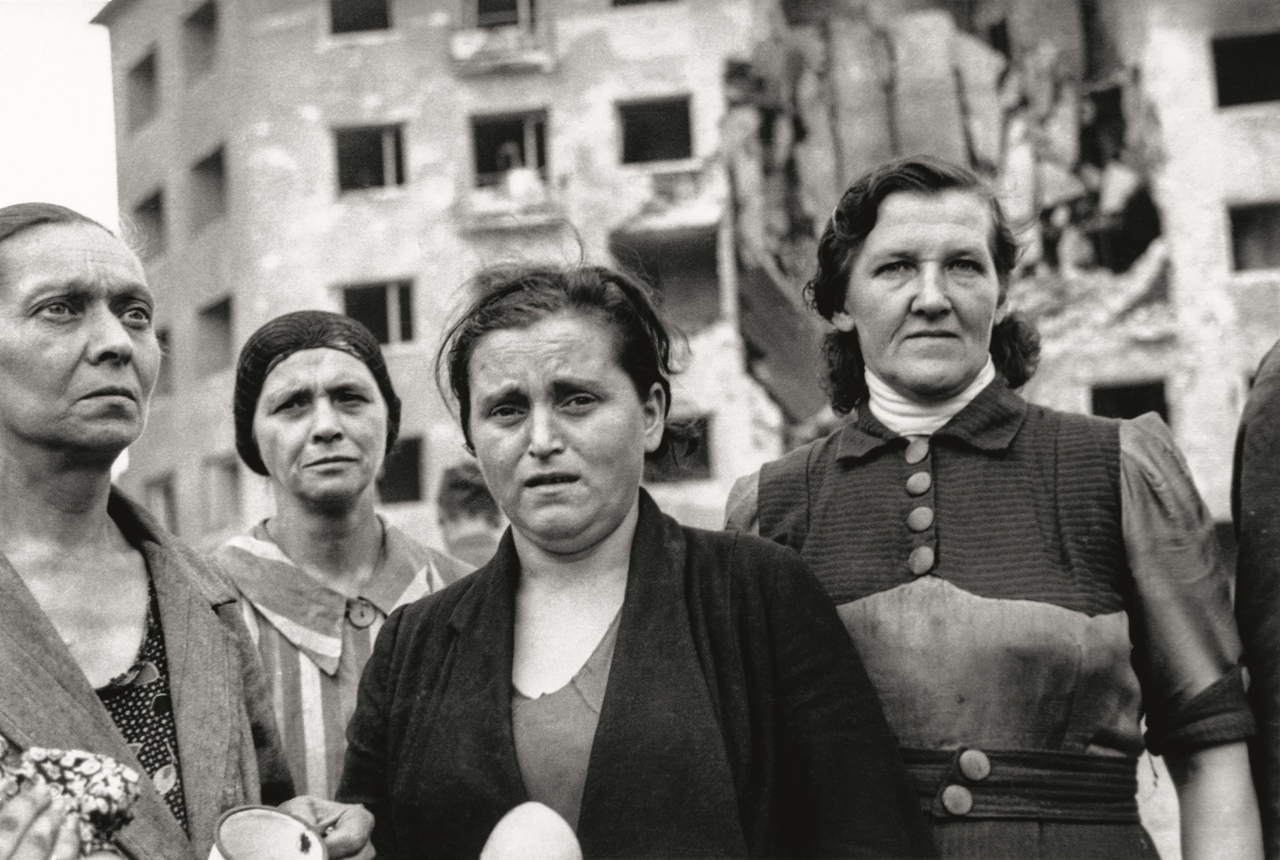 Photo: Julien Bryan, United States Holocaust Memorial Museum.
In the summer of 1939 war was on everyone's lips, gas attack alarms were tested, food was bought in large quantities, and trenches were dug. But at the same time the Vistula river beach was full, people were partying at festivals and parades, crowds admired the new Horse Racetrack, plans for metro construction were developed, and preparations for the new school year were in full swing. It was hard to believe that the war would really break out and even more so - that it would be a matter of days or weeks and not years.

The story of the last summer before the war, first months of the conflict in Warsaw, as well as the scale of destruction and living in ruins and under threat, comprises about a hundred photos from several collections representing different photographing styles and various perspectives, namely the official, private and propaganda. All photos come with detailed descriptions (allowing the identification of buildings and places), and are supplemented with excerpts from diaries and memoirs, a calendar of events and unique amateur archival films from the first months of occupation in Warsaw. At the exhibition we will see images of the city captured by photojournalists of the "Illustrated Daily Courier", as well as American correspondent Julian Bryan, soldier of the Home Army Sylwester "Kris" Braun, who documented the occupation and the Warsaw Uprising, and by Wilhelm Haase Lampe - a German social democrat, journalist and one of the CEOs of the Dragerwerk company, whose photos were used on German postcards.

The exhibition comprises four sections: The first is devoted to the everyday life of Varsovians before the outbreak of war. Pictures in this section show the feeling of the "last" summer and the disturbing rhythm of those days. We look at the city life right until the last moment before the German attack. The second section consists of famous photographs of Julien Bryan from the siege of Warsaw - houses and streets destroyed by bombing and shelling, portraits of Warsaw residents, and the city immersed in civilians' suffering. The third section includes photographs of ruined Warsaw after capitulation. Images of the destroyed capital are usually associated with the period following the Warsaw Uprising, but a large part of the damage was done at the very beginning of the war. During the siege, following bombing and defensive fights, about ten percent of the city's buildings, including the very centre, were destroyed.

The last section shows the Germans in Warsaw and includes Wermacht soldiers photographing themselves with the ruins of the conquered city in the background, but also images of the capital coming back to life under the occupation. The exhibition ends with a series of photos from December 1939, in which a German journalist captured the streets and inhabitants of the northern district before it was turned into the ghetto.

The clash of pictures showing the city just before the outbreak of the war and the few months after it, when Warsaw was destroyed for the first time, allows you to realise the scale of destruction and the enormous effort that was required in struggling for survival and then in rebuilding the capital. Warsaw is a city that was sentenced to death, and today it not only lives on but also develops dynamically, evolves, and remains a fascinating place with a turbulent past.

The exhibition is a part of series of events entitled "Warsaw. Let it last", commemorating the 80th anniversary of the outbreak of World War II.