Polish Expeditions. Himalayas’74 and Antarctica’77 in the Pictures of Mirek Wiśniewski

Polish Expeditions. Himalayas’74 and Antarctica’77 in the Pictures of Mirek Wiśniewski

In 1974 Mirek Wiśniewski, at the instigation of Himalayan mountaineer Andrzej Zawada, joined the national expedition to Lhotse as a driver and photographer. Even though they failed to reach the summit of Lhotse, Andrzej Zawada and Zygmunt Heinrich reached the altitude of 8,250 meters above sea level and paved the way for other great achievements of the Polish Winter Himalayan Mountaineering. Two years later Wiśniewski embarked on a journey to the coast of Antarctica with builders of the Henryk Arctowski Polish Antarctic Station. The exhibition “Polish Expeditions. Himalayas’74 and Antarcica’77 in the Pictures of Mirek Wiśniewski” from 24 October in the History Meeting House. 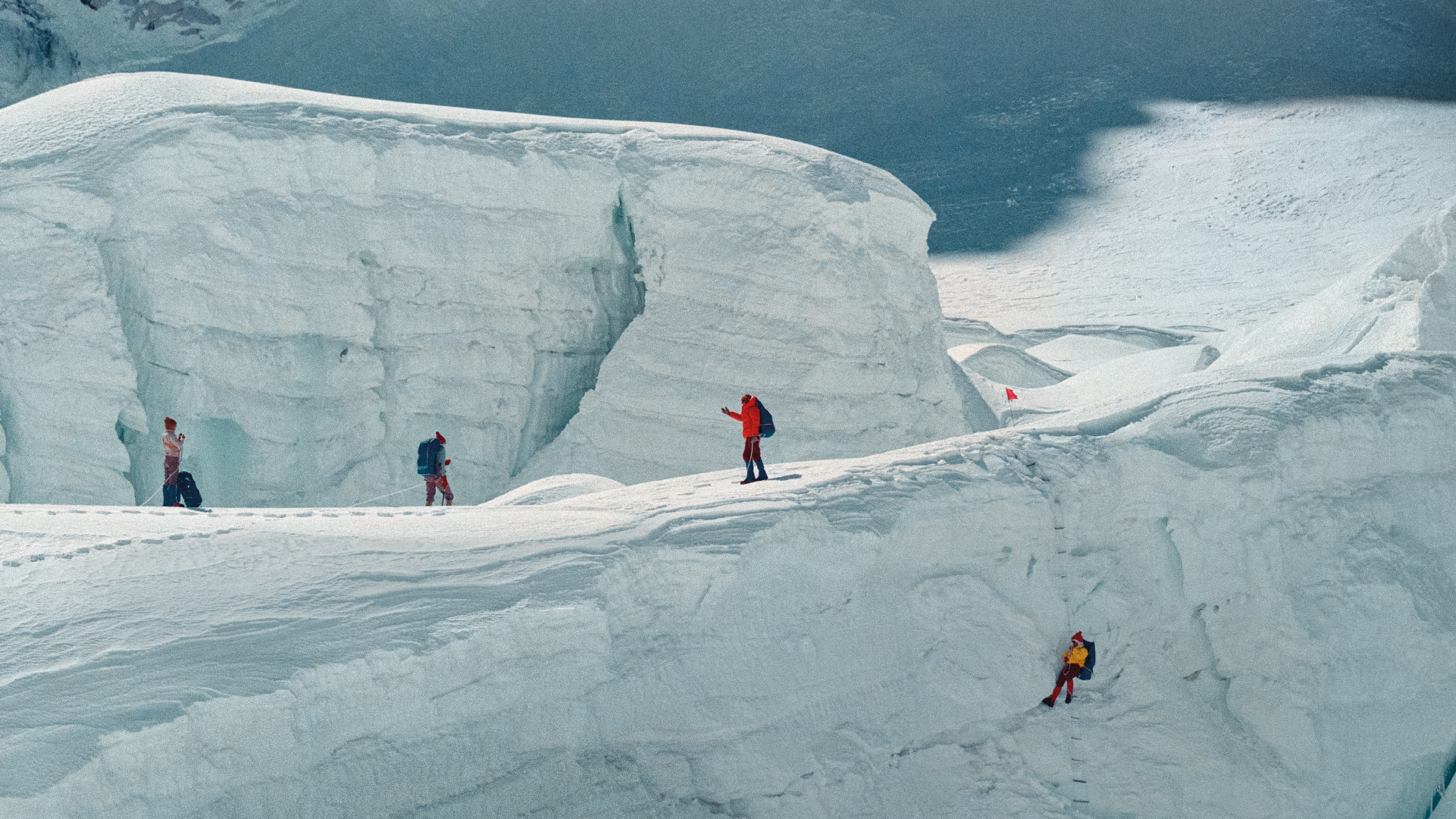 The exhibition presents about 100 previously unknown photographs from Mirek Wiśniewski’s archive, from two pioneer expeditions that took place within less than three years – to the top of the world and to Antarctica. Wiśniewski brought home over 2,000 photos from the two journeys.

“The long-closed boxes revealed a story about journeys, friendships, confronting limitations. We looked at the negatives frame by frame. We could not believe that we had never seen these pictures before. We saw the history of the beginnings of Polish Winter Himalayan Mountaineering from a completely different perspective – a history of ordinary people living day-to-day life in unordinary conditions. In the pictures we saw actions from the borderline of chance and bold bravura that only people who wanted to make their dreams come true were capable of pursuing”, say the curators Katarzyna Bańka, Maria Wiśniewska, Sandra Włodarczyk. “For Mirek, these photographs had a sentimental value. He photographed people, his friends, in their day-to-day struggle with reality. The subtle intimacy of some of the photos suggests that they were indented as a memoir, as a testimony of moments experienced here and now”.

The exhibition presents subsequent stages of the expedition into the high mountains that are rarely made public – journey in a Jelcz truck from Poland to Kathmandu (over 10,000 kilometres across USSR, Iran and Pakistan), visit to the Sherpa house, trekking across the pre-Himalayan jungle, setting up the camp. The pictures tell a story about organizing such an expedition in the era of the People’s Republic of Poland – about the “gray” area, trade, smuggling, and tailor-made jackets, boots and equipment.

“The most difficult part of high-altitude photography is to find yourself in the mountains – to be comfortable there and not die. For that, you’ll need friendship, trust and confidence that you have someone there who takes care of you”, says Mirek Wiśniewski, author of the photographs. “I had a great camera – Hasselblad 500C with central lens shutter. Kodak provided photographic materials for the expedition to the Himalayas. They agreed to develop the film on a regular basis – in Great Britain. We enjoyed the help of Elizabeth Hawley, Nepalese correspondent for the Reuters news agency. One of the Sherpas would take the film from our camp to the village of Namcze Bazaar, then they would reach Hawley who would send them to London, where they were developed in the laboratory and sent back to us.”

In December 1976 Mirek Wiśniewski sails on “Dalmor” ship towards the coast of Antarctica with builders of the Henryk Arctowski Polish Antarctic Station on board. He records the research expedition initiated by the Polish government. The team included scientists, employees of the Ministry of National Defence, sappers, mechanics, electricians, radio engineers, drivers, doctors, and mountaineers. Wiśniewski’s photographs depict the trip by ship, the building of the station and the conditions of discomfort shared by the expedition members, and create yet another tale of determination and creativity enforced by the era of the People’s Republic of Poland. The first Polish research station on the South Pole established in February 1977 is still successful and running.

The photography of Mirek Wiśniewski allows us to take a peek behind the scenes of both expeditions, and advance understanding of the phenomenon of Polish Himalayan mountaineering and the life in the era of the People’s Republic of Poland. It also emphasises how our world has transformed over the past 50 years and how profoundly we have influenced these changes. Antarctica and glaciers continue to melt at an increasing pace. The world of polar expeditions slowly becomes a thing of the past.

Mirek Wiśniewski (b. 1936) – photographer, mountaineer, speleologist, alpinist and medical doctor. Member of the Association of Polish Art Photographers since 1966 and an honorary member since 2002. For many years involved with the Institute of Mother and Child in Warsaw and the Central Clinical Hospital of the Military Academy of Medicine in Warsaw, where he was responsible for scientific medical photography and developed innovative methods of applying photography to plastic surgery. In 1974, he participated in the first winter expedition to Lhotse (8,516 meters above sea level) as a driver of the Jelcz truck and photographer. In the later years, he took part in a number of Himalayan expeditions, including the first successful winter expedition to Mount Everest (8,848 meters above sea level) in 1980, during which he was a driver. Over the period 1976-77 Wiśniewski contributed to the construction of the Henryk Arctowski Polish Antarctic Station on King George Island in the South Shetland Islands in Antarctica. He participated in this expedition as a photographer, doctor and driver. As a member of Warsaw Speleo-Club, he explored over thirty caves in Poland and worldwide. His numerous artistic journeys resulted in many photo exhibitions and individual albums.

The exhibition is accompanied by a photo album.