Warsaw Reborn. Reportage Photography 1945–1949 commemorates the 75th anniversary of Warsaw’s reconstruction. For Anna Brzezińska and Katarzyna Madoń-Mitzner, authors of the album and curators of the exhibition, this display is a crowning point of their long-standing work with the photographic collection from the archives of the Polish Press Agency. The subject is one that’s particularly important to HMH: Warsaw reborn from the rubble. 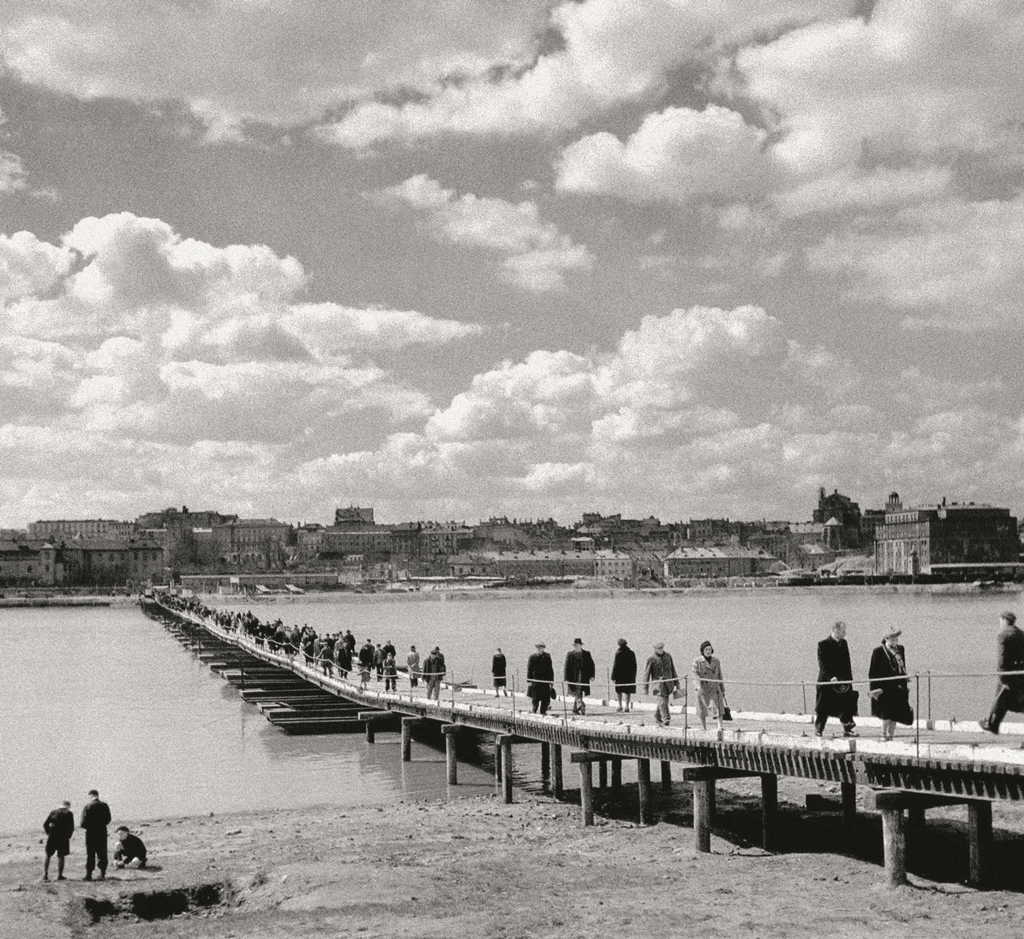 These photographs don’t just show the rebuilding of the city, but the rebuilding of life following the trauma of WWII. They allow us to gain a different outlook on those times – and on today’s Warsaw. Citizens of the capital demonstrated enormous life force and energy in finding their way in extremely difficult circumstances, trying to lead a normal life in abnormal conditions. The decision to rebuild the capital from ruins was marked by some sort of a positive madness, a universal enthusiasm that was contrary to the surrounding reality and political situation of the day. You feel that when looking at these images, at the faces of people and the rebirth of urban life. Their enthusiasm and energy are contagious, says Katarzyna Madoń-Mitzner.

The exhibition showcases 75 photographs of Warsaw from the late 1940s. They were made by photojournalists from various photographic agencies active right after the war – before, in 1951, they were united into a single Central Photographic Agency. The authors include Jerzy Baranowski, Stanisław Dąbrowiecki, Jan Tymiński, Karol Szczeciński, Władysław Forbert, Lech Pieńkowski, Stanisław Urbanowicz, Zdzisław Wdowiński, Bolesław Miedza, Tadeusz Kubiak, and Wojciech Kondracki. The display is supplemented by selected fragments of newsreels documenting post-war Warsaw and a timeline of the most important events in 1945–1949.

The photographs were made by professionals who were extremely committed to their work. The quality of these pictures is supreme, both from the technical standpoint and in view of their subject matter; they are ideally framed and composed. This is more than a document – this is beautiful, emotional humanist photography. And because it survived, we may now feel the amazing spirit of the city and its inhabitants, says Anna Brzezińska.

Warsaw suffered the greatest damage out of all European capitals. As a result of military activities, around 84% of buildings on the left-bank side of the city were destroyed, including 90% of industrial and historic buildings, and around 72% of residential buildings. The rubble occupied ca. 20 million cubic metres. The return of Warsaw’s citizens to the capital, life among the ruins and the laborious reconstruction of the city were captured by photographers with extraordinary tact and sensitivity. The photographs presented in the album and at the exhibition enable us to understand the character and history of Poland’s capital and imagine the incredible effort invested in raising Warsaw from the ruins. Images of the gaping emptiness of the former Warsaw ghetto are contrasted with the newly-erected Mariensztat housing estate, poverty and sadness alternate with street games and dances. Children run amongst the ruins of the Old Town, and women hang the laundry out to dry. This is not just a document of post-war destruction. It’s a moving collective portrait of the people who built a city from the rubble. A story not so much about urban reconstruction, as about the rebuilding of life.

The exhibition is accompanied by a competition for the most uplifting picture of Warsaw in 1945–1949. Among all the pictures presented at the exhibition, we want to find the one which best reflects the spirit of those times and the tremendous effort invested in rebuilding the city. Everyone coming to our exhibition can take part and vote for their favourite photo – all you have to do is leave a special sticker next to your chosen photograph. If you want to, you can provide a brief justification of your selection and place your vote in the urn at the HMH reception, where you can get your stickers and voting cards. Authors of the most interesting justifications will be awarded with photo albums, and the picture that receives the most votes from visitors will be displayed as the symbol of Warsaw’s reconstruction on the 75th anniversary of these events.