The Constitution for Europe reads: “the geographic borders we have known shall be relinquished forever”. This bold declaration contained a postulate of establishing a European republic – a state that would have uniform law and a common government. The outdoor exhibition The first Constitution for Europe – the 190th anniversary. Warsaw, 1831-2021 sheds light on this vital document, presenting its most important formulations, the historical context, and its creator – Wojciech Jastrzębowski. The exposition is available in Polish and English until May 30th and is located by the Mikołaj Kopernik monument in Krakowskie Przedmieście Street. 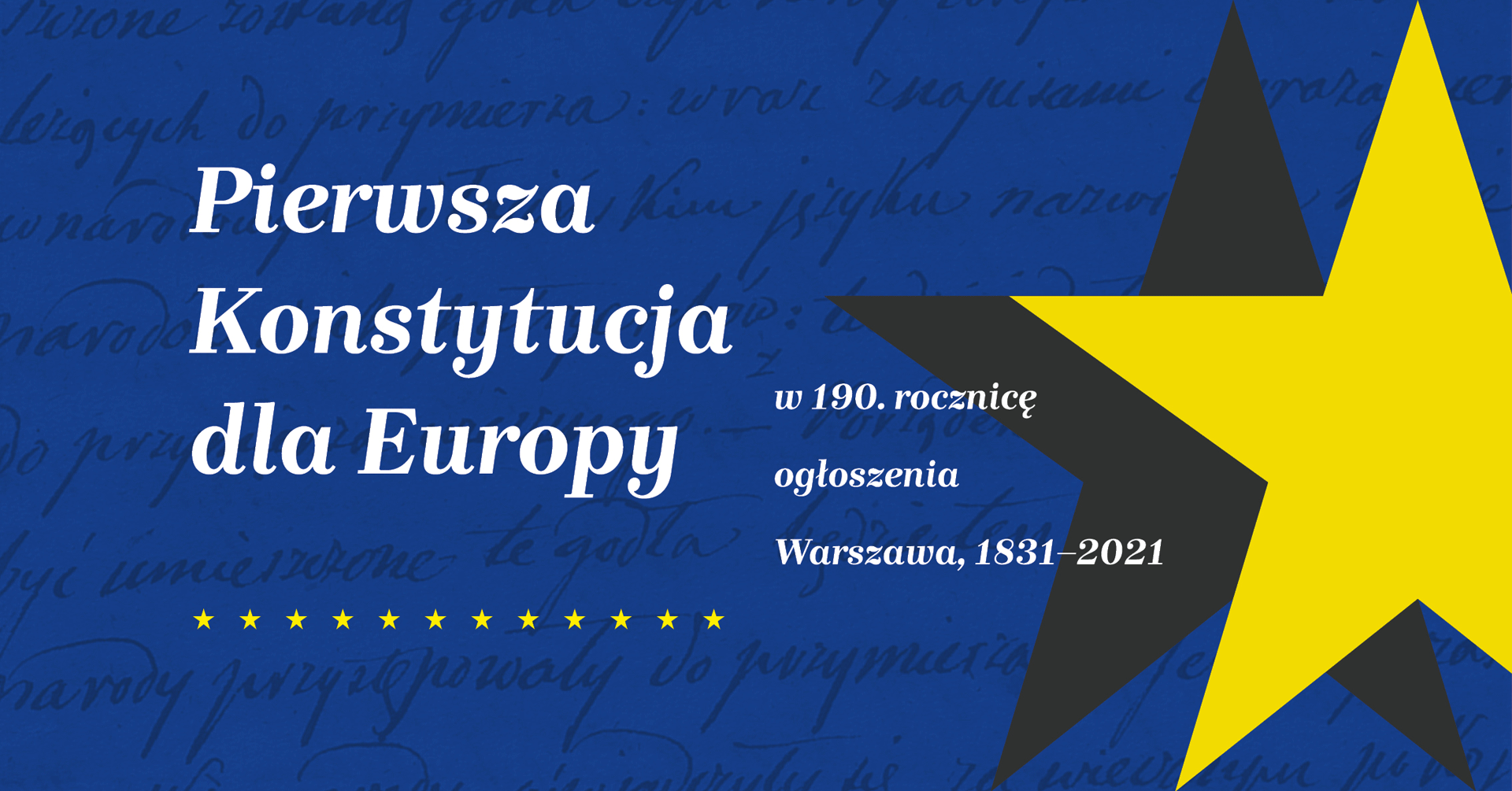 Wojciech Bogumił Jastrzębowski fought in the November Uprising in a National Guard artillery unit. Having taken part in the battle of Olszynka Grochowska, Jastrzębski reflected: “there is no stranger phenomenon under the sun: what people want most is peace and what they strive least is to keep it”. However, he knew that if Poles were to live without wars, all nations of Europe should cease the use of violence. This thought inspired the creation of the Constitution for Europe that Jarzębowski published on May 3, 1831. He chose a notable date – the 40th anniversary of the Polish Constitution of 3 May 1791, the first modern written national constitution in Europe.

Jastrzębowski thus became one more figure to discuss Poland and its foreign relations. However, he was the only one to present his proposal in a coherent legal document. He advocated democracy and respect for both individual rights and all the European nations. Disputes were to be resolved by the European Congress made up of democratically elected and equal representatives of all the European nations. Each state was to appoint its own principals and make law in accordance with the European legislation.

After the fall of the November Uprising, the Tsar prohibited the distribution of the Constitution for Europe and introduced penalties for its possession. It seemed Jastrzębowski’s concepts were buried once and for all. However, a closer look at the 1993 Treaty on European Union and other contemporary legal acts discloses striking similarities to the ideas and formulations that can be found in the Constitution for Europe.

The outdoor exhibition The first Constitution for Europe – the 190th anniversary. Warsaw, 1831-2021 aims to bring to light the important declaration and its author. Jastrzębowski was a scholar, naturalist, ecologist, and patriot who was ahead of his time. We have prepared eleven boards that tell the story of his life, elucidate the crucial parts of the declaration (many of them still relevant today), and shed light on the historical context. The exposition is available in Polish and English until May 30th and is located by the Mikołaj Kopernik monument in Krakowskie Przedmieście Street.

Articles from the Constitution for Europe by Wojciech Jastrzębowski and fragments of its manuscript courtesy of the Central Archives of Historical Records in Warsaw.